← Utica Children's Museum - Review (revise with updated info) Sweet Pea turns 3! →
Sweet Pea was in his glory the day we visited The Utica Children’s Museum because the train station was right next door! Cutie Pie was pretty excited, too, and when Grampa asked if they wanted to see the trains and a real train station it was like they won the lottery! 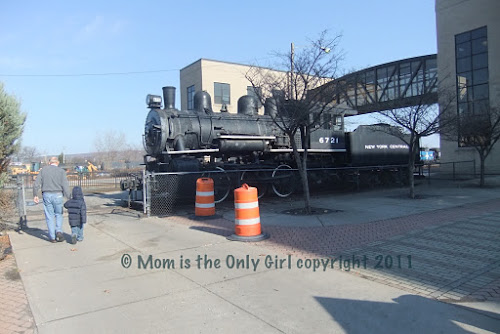 Outside of the train station is a big, old steam engine. The boys were so excited to see this, but when we walked up to it and heard the train sound they could have cared less about it! 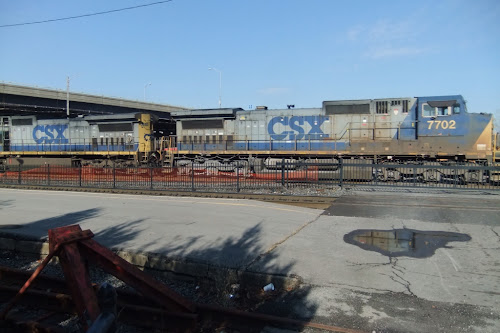 A train with three diesel engines started past and they were mesmerized! 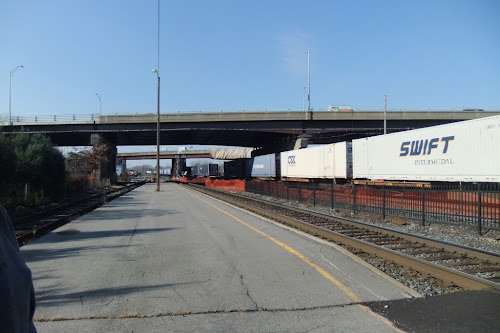 Three engines can only mean one thing…a very long, heavy train! Talk about excited! The boys hardly moved the entire time the train was going by. It was so neat to hear them talking about the parts of the train, the types of cars going by, just sharing all of their train knowledge with their Grampa! 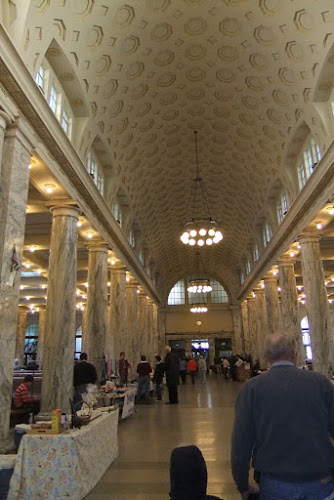 The inside of the train station was just as I’d always imagined a train station to look, except with a farmer’s market going on. The boys kept looking up and all around them, commenting on the tall ceilings and asking why their were windows in the ceiling! 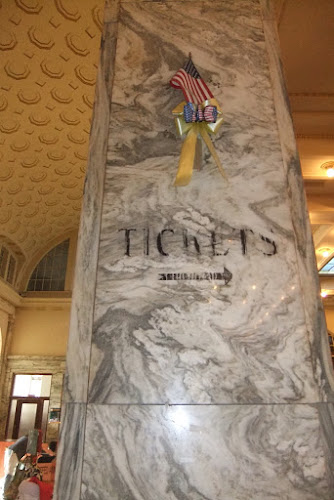 This train station seems pretty old with the marble pillars, arches and other traditional train station architecture. The boys just kept looking around, asking who was going on the next train and all sorts of other questions about what the building is used for and where all the doors lead!
I doubt we would visit the train station here, simply because friends and family tend to drive to visit us and there really isn’t anything near the station that would bring us to visit it. That said, I’m so glad the boys got to see this train station when we did. We happened to get to see some Menonites just after they disembarked their train as well as some at one of the farmer’s market booths. I’m always wondering what sort of questions my boys will ask when they see people who are “different” than they see themselves. In this case they simply noticed they were wearing black and that they had big hats! This gave me another great opportunity to talk with my boys about different cultures and what we can all learn from each other.

END_OF_DOCUMENT_TOKEN_TO_BE_REPLACED

Listening to the music and hearing the roar of a lion, meow of a cat, or the almost irritatingly slow melody of the can-can, as if a tortoise were dancing it. The beautiful melody as the cello makes us think of the swan.... This month we had the privilege of hearing...